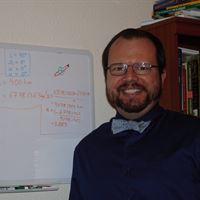 What Is a Rocket Scientist?

What is an engineer? More specifically, what is an aeroSPACE engineer? Most people call them "rocket scientists". People love to say things like "It's not rocket science!" to indicate that something is not complicated or hard. But is engineering or "rocket science" really all that difficult? Do people know what it means to be someone that has a true passion for shooting for the stars?

The Chinese invented black powder a long time ago, and used it as a weapon. The propulsive power of black (or gun) powder. They invented rocket propulsion, and the sky was no longer the limit. Today, black powder has been spread across the world (thanks to the trade in the Middle Ages), and we (Westerners) enjoy fireworks on New Year Eve and (in the United States) the Fourth of July. But black powder has led to further developments in propulsion. The Chinese had no idea that what they had invented all those years ago would be used to develop a propulsion system that would launch men high above the Earth: the Space Shuttle. Were the Chinese the first "rocket scientists"? It could be argued that they were, for they developed the first real rockets. The same rudimentary technology is still used today in rockets and missiles all over the world.

Robert Goddard is considered the "father" of modern rocketry. He is the first person to successfully fly a liquid-fueled rocket. Using his aunt's farm as a proving ground, he launched a rocket that changed the world in the opening decades of the 1900s. There were other scientists and engineers working on the same problem, but Goddard was the first to pull it off. He knew that solid propulsion (from the Chinese) could only take things so far. Whether or not someone else would have solved the problems of liquid rocket propulsion or not, Goddard was the first. Without him (and his subsequent innovations) modern rocket propulsion would not have been possible. Goddard dedicated his life to solving the problems of rocket propulsion and guidance. He is still referenced by modern rocket scientists when it comes to designing, building, and flying liquid-fueled rockets. Robert Goddard did more for rocket science than any other engineer.

But what Goddard was unable to do - build a fully-guided and complete rocket system - Wernher von Bran was able to do in Nazi Germany in the 1940s. Von Braun had read Goddard's papers. He wanted to design rockets that would fly men to Mars. But the political environment in Germany at the time that von Braun settled into his chosen path meant that his rockets would not be flying to Mars, but toward targets in Great Britain. Some may call von Braun a war criminal for the design of the V-2 guided missile, but he picked up where Goddard left off and took thins to a new level. Von Braun was picked up by U.S. forces at the end of World War II, and brought to the United States. He led the space program in America, and without him (and his team of German rocket scientists) the United States would not have reached the moon in 1969. Von Braun and the Germans, who settled in Huntsville, Alabama, were more instrumental in the design, construction, and flight of manned rockets than anyone else. Some of von Braun's team were picked up by the Soviets, and proved effective at launching the first artificial satellite to orbit. The German rocket scientists made manned space flight possible, whether they were operating in the United States or the Soviet Union.

Space exploration has changed a lot since von Braun. The advances that NASA and the space agencies of the world have made have allowed probes, satellites, and men (and women) to go further than anything the pioneers could have ever dreamed of. Engineers routinely (although nothing is routine about space flight) fly missions that reach the far corners of the solar system. Countless probes, landers, and rovers have explored the small part of the universe that the founding rocket scientists have called home. Without the likes of the Chinese, Goddard, von Braun, and countless other engineers that have come and gone over the years, man would have remained firmly rooted to Earth. These individuals have made it possible for the people of Earth to leave the "pale blue dot" behind, either personally or by proxy, and explore the heavens.

But what is a rocket scientist? The people that have made it possible for mankind to reach out to the stars are certainly worthy of the title. But in the second decade of the twenty-first century, has the term "rocket scientist" lost its meaning? There are thousands of engineers working all over the world to design, build, and fly rockets and spacecraft to the stars. But what exactly is it that sets a "rocket scientist" apart from an "engineer"?

Engineers solve problems. They create capabilities. A properly trained engineer must undergo years of science and math courses at a university to understand the fundamentals of engineering. Engineers do everything from design computer circuits to design bridges and dams. They are the unsung heroes of the basics of modern living. Without engineers the world would be a much different place. Bridges would fall down, dams would break, roads would crumble, etc. People do not know how much they rely on the training and work of engineers.

But that is what an engineer is. An aeroSPACE engineer lets mankind do what he has always dreamed of doing. Since people came out of the caves and forests, they have looked to the stars. For 10,000 years people have looked up at the moon and the countless specks of light that lit the night sky and dreamed of touching them. And for (essentially) 10,0000 years, mankind has held onto that very dream without it reaching fruition. But with the engineering capability of rocket scientists, mankind has been able to reach the heavens.

In 1969 people landed on the Moon. That heavenly body that has been the subject of so much discussion had been reached! The planets were soon to follow. Every part of the solar system has been touched, thanks to the engineers who have created the field of rocket science.

Rocket science is hard. The intricate nature of a rocket or spacecraft is not something most people could handle. But thanks to the dedication of people following in the footsteps of Goddard, von Braun, and countless other rocket scientists, the 10,000 year-old dream of mankind touching the stars has become a reality.