"Lying dog-faced pony soldier" was Joe Biden's name for a NH voter. What do you think of that?

This video is making the rounds on social media and in the news ... https://youtu.be/eW0aI00aSqE

We at Brainsy usually don’t comment on items in the political sphere, but the attention around this sound bite deserves some commentary on the state of the media today.

Clearly it’s disrespectful to dehumanize someone - even in jest. But typically such comments would be disregarded except when they support another narrative (eg. Joe Biden is spiraling out of control and lashing out at voters or that Joe Biden is losing his mental acuity -- what does "Lying dog-faced pony soldier" even mean?)

This headline was at the top of the Drudge Report, a site that curates sensational news headlines/links, and that is often referenced by reporters from traditional media channels and then amplified on mass market social media (MMSM). For example, it was tweeted by the President’s son, Don Jr. which then brings additional attention across all MMSM platforms with further shares and comments. 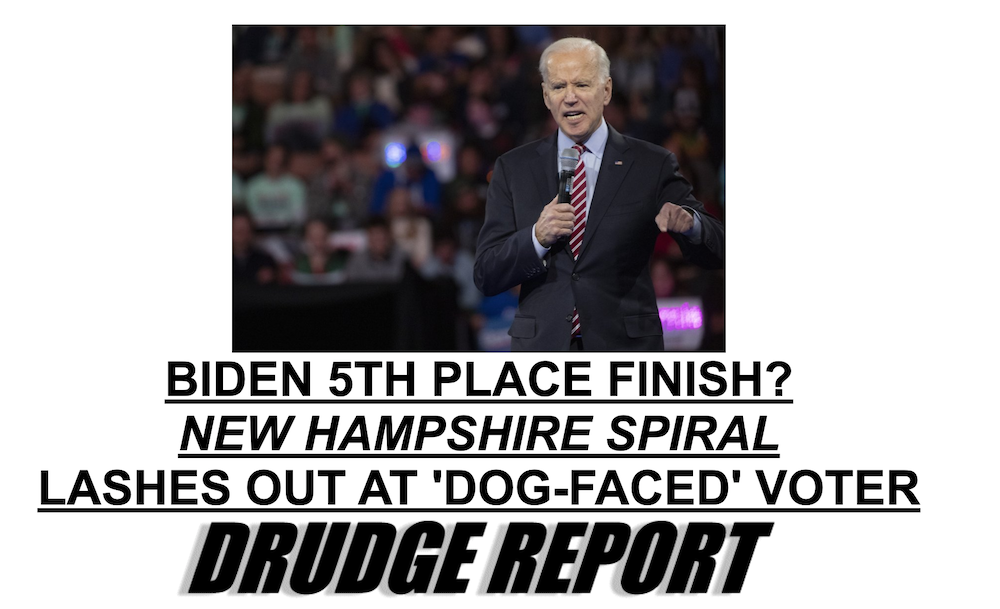 Social media algorithms, designed solely to fuel engagement (leading to more $), then push the commentary into the Feeds of targeted audiences serving as flames to fuel a fire of polarization (and more engagement/$).

Some people think this story could be a cannonball that sinks the Biden campaign ship. Others suggest it’s not an issue that Republicans should elevate given the President’s own track record of name-calling women and using animal faces:

Regardless of one’s position on this quote by Biden or the politics of it, what is clear is that “traditional media” exists symbiotically with MMSM and both are being driven by algorithms designed to provoke. Combine that with the potential for anonymity on most MMSM platforms and this creates an online space for individual actors and groups to incite hate and virtual riots -- which has real world consequences offline.

Sacha Baron Cohen, a comedian, has been a voice of clarity on the dangers of MMSM. (See his speech: Sacha Baron Cohen slams Zuckerberg and calls for a 'rethink' of social media Cohen says Facebook, YouTube, Google and Twitter "amount to the greatest propaganda machine in history."
https://www.cnet.com/news/sacha-baron-cohen-slams-zuckerberg-and-calls-for-a-rethink-of-social-media )

As more voices, like those of Cohen, cause MMSM to be increasingly scrutinized by regulators and politicians, one potential fix lawmakers should consider is to “End the Algorithm” on MMSM platforms. In other words, consumers should have the universal right to opt-out of any and all algorithms that match their profile, preferences, or viewing behavior with other content or ads. While this would likely be unpopular to lemur-faced CEOs like Mark Zuckerberg, it’s one of MANY fixes that could help break a vicious cycle that is harming our society and coarsening our discourse.